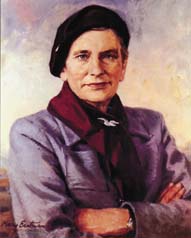 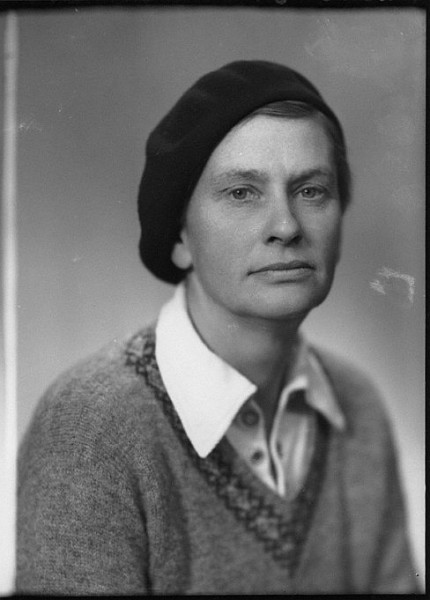 Lady Evelyn Barbara [Eve] (1898-1990), promoter of organic farming and a founder of the Soil Association, was born on
6 July 1898 in Dublin, the fourth child of Gerald William Balfour,second earl of Balfour (1853-1945), and Lady Elizabeth Edith Balfour (1867-1942). Her father was Conservative MP for Leeds Central, chief secretary for Ireland (1895-1900), president of the Board of Trade (1900-05), and president of the Local Government Board (1905); her mother was the eldest daughter of the first earl of Lytton, poet and viceroy of India. Lady Frances Balfour(1858-1931), her aunt, was a leading Scottish suffragist,churchwoman, and author, who voiced her opinions on many social issues.Her uncle was the prime minister Educated privately, Eve Balfour's later childhood was spent at her parents' house in Fisher's Hill, near Woking, and Whittingehame in East Lothian, the Scottish constituency of her bachelor uncle, Arthur James Balfour, who was prime minister from1902 to 1905.

In 1915 Eve Balfour went to Reading University to study for a diploma in agriculture. In 1918, claiming to be twenty-five, she secured her first job working for the Women's War Agricultural Committee, running a small farm in Monmouthshire. She managed a team of land girls, ploughing the land with horses and milking the cows by hand. In the following year, in conjunction with her elder sister, Mary Edith Balfour, she purchased New Bells Farm, Haughley,
near Stowmarket, Suffolk. During this period she played an important role mobilizing local opposition to the unpopular tithe tax levied on agriculture by the church and presented evidence to the royal commission. In addition to running the farm she pursued a wide variety of activities, including playing the saxophone in a dance band formed initially for her and her sister's own amusement.The band provided an extra source of income when it played at Saturday night dances in a nearby Ipswich hotel. She gained a pilot's licence in 1931 and crewed for her brother on his annual sailing trips to Scandinavia. She wrote three detective novels with Beryl Hearnden (under the pseudonym Hearnden Balfour), the most
successful of which, The Paper Chase (1928), was translated into several languages.

During the 1930s Lady Eve, as she was commonly known, became critical of orthodox farming methods, being particularly influenced by Lord Portsmouth's text Famine in England (1938), which raised doubts about their sustainability. His book inspired her to contact Sir Robert McCarrison, whose research into the Hunza tribesmen of
India's north-west frontier had shown a positive relationship between their impressive health and stamina and methods of soil cultivation. Her interest in organic farming can also be traced ther contacts with Sir Albert Howard, a British scientist who developed the Indore process of composting based on eastern methods.By this time Eve Balfour was also the tenant farmer of the neighbouring holding, Walnut Tree Farm. Following discussions with the owner, Miss Alice Debenham, they inaugurated the Haughley experiment into organic farming on the land. Miss Debenham registered the gift of her farm to Haughley Research Farms Ltd shortly before she died in 1940. Miss Debenham's sister Agnes was
acquainted with one of the directors of the publishers Faber and Faber, through whom Lady Eve contacted Richard De la Mere, editor of their agricultural list. As a result, Eve Balfour's book The Living Soil was published by Faber in 1943. Reprinted nine times it became a classic text for the organic movement providing an influential synthesis of existing knowledge. It gave a persuasive account based on experiments in agriculture, botany, nutrition, and preventative medicine, and had far-reaching conclusions for agriculture and social policy. Coinciding with an era of unease about the future of British agriculture, it nevertheless received praise from Donald P. Hopkins, who was an ardent supporter of
artificial fertilizers. In 1946 Lady Eve became the co-founder and first president of the Soil Association which aimed to co-ordinate the collection and distribution of information on organic method of production. Lady Eve had hoped that the government would provide support and funding for organic production, but the 1948 Agriculture Act committed Britain to a system of highly mechanized,intensive methods. The association's membership increased to 3000 by 1952, partly as a result of the publication of its journal Mother Earth (subsequently renamed Living Earth) and partly due to the commitment of a small band of individuals including Lady Eve. During this period she embarked on a number of lecture tours abroad. The association was frequently in financial crisis because of the cost of the Haughley experiment. In 1963 she moved to Theberton, near the Suffolk coast, but made regular trips back to Haughley. Growing debts incurred by this centre precipitated the sale of the farms in 1970. The results of the investigation were published in 1975 as an addendum to a reprint of The Living Soil.

Lady Eve officially retired from the Soil Association in 1984 at the age of eighty-five. She continued to cultivate a large garden before having a stroke in 1989 from which she died, at Belhaven Hospital, Dunbar, on 14 January 1990. She had been made OBE a few weeks before her death, while the very next day Margaret Thatcher's Conservative government announced the first ever British grant enabling farmers to convert to organic methods. This marked a
fitting, if rather belated, tribute to an individual who had striven to popularize organic farming at a time when its supporters were commonly regarded as eccentrics. 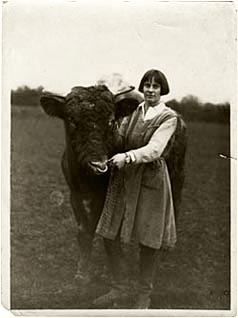 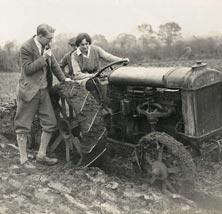 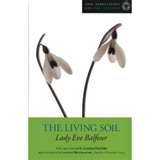 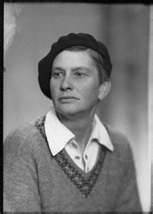 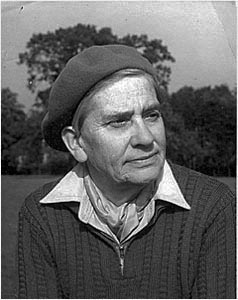